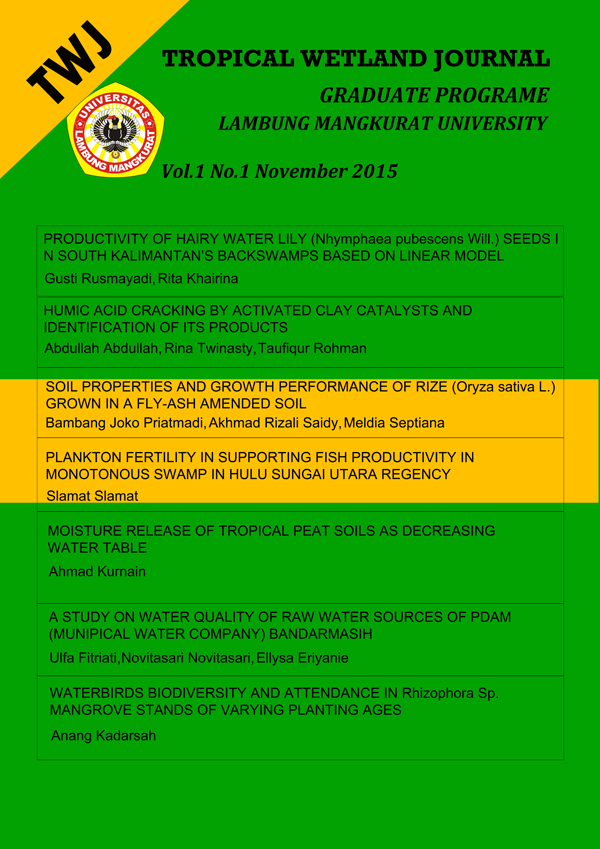 The study on the productivity of water lily seeds in South Kalimantan’s backswamps using Wageningen method and the interview with middle traders could give more information about water lily as food commodity. Rainfall pattern in Tabalong, Hulu Sungai Utara (HSU) and Hulu Sungai Selatan (HSS) regencies is like U letter. U type is sensitive with Monsoon. This Monsoon area is affected by easterly wind and local wind. When the sun is at the south side in October to March, the Monsoon moves from west to south east, and in the other way around in April to September, the wind moves from south east to west. In April, the height of water level in some different areas was the same. The highest water level was in Paharangan subdistrict that could reach more than 100 cm and the lowest was in Hambuku subdistrict, about 80 cm. Based on the interview with middle traders, it was found out that in Hambuku subdistrict and its surrounding area, there was about 1.0 to 1.7 t/ha of water lily seeds each period. In Ampukung, Hambuku and Paharangan subdistricts, the water lily seeds were about 1.121 t/ha, 1.057 t/ha and 0.653 t/ha, respectively. If the paddy fields in Tabalong, HSU and HST regencies are 10,683 ha, 21,2252 ha, and 18,763 ha, respectively, those areas potentially can yield about 11,976.661 t/ha, 224,456.2 t/ha and 12,254.6778 t/ha. Whereas, based on radiation (Rg), the photosynthetically active radiation on very clear days (Ac), in cal cm-2 day-1, and daily gross photosynthesis rate of crop canopies on very clear days (bc) in kg ha-1 day-1 for Pm = 20 kg CH2O ha-1 hr-1, it showed that the yield of hairy water lily seeds in Ampukung, Hambuku and Paharangan subdistricts was 1.1560 t/ha, 1.1425 t/ha and 1.1021 t/ha, respectively. Hairy water lily naturally grows with seeds in soil and water in paddy field, so it can grow, develop, and produce seeds. Therefore, agronomical technique is important for further study. 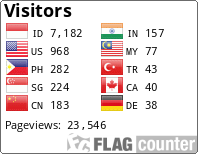